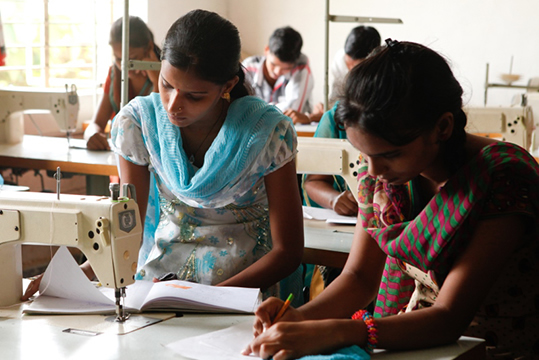 Blue collar jobs or vocational careers are still not the favourites of the masses. Parents want their children to have ‘professions’ or white collar jobs; technical jobs or blue collar jobs are still considered lower status. And this is destructive to our society, particularly in this 21st century world, where lack of essential skills – technical and vocational – is already costing us as an economy.

The bias against vocational education is dysfunctional and destructive to our children. There is no sense in stopping them from pursuing skills that they want to pursue and want to make a career in; there is no point in forcing them to the direction they do not want to go in, to jobs they’d find meaningless.

In the past, there have been many talks surrounding the importance of skilling for school & colleges; however, we’ve made very little progress since then. It’s true that change in the societal values will take time, but we can at least begin the change at the school or local level. We can at least introduce vocational skills to the children, even though they are primarily busy with formal education, which is again an essential part. And as Mahatma Gandhi once said, ‘be the change you want to see’, we should begin this change at our school, our collage and institute.

There are some nice companies out there which specialize in skilling for school & colleges, and even help corporates accomplish their CSR objectives, especially when they revolve around imparting vocational training to the underprivileged section of the society. These companies usually comprise of professionals who develop unique education & training content and trainers to deliver that content to the audience in the most effective manner.

See if we are to grow as a powerful socio-economic society in this century, we’ve to encourage our kids to take up skills and take pride in a blue collar job; we’ve to make sure that skilling for school & colleges is taken seriously by the government, is well funded, and effectively implemented.

Societies need to change. New policies need to be formed. Training companies need to play a bigger role than ever. Only then we’d be able to take on the competition and challenges that would come our way sooner or later.